One Night in the Hill Country – Book Review

Felipe Adan Lerma is a prolific author, having written numerous books in a number of genres ranging from short thrillers, as reviewed here, to poetry, photography, travel, and many more. He is also a prolific book reviewer, contributing to a number of online Indie author review and writing groups as well as offering help and advice whenever and wherever he can. On a personal note he has also proved to be an invaluable and valued member of my own Indie Author Review Exchange Fb group.

Further links to the authors numerous novels and poetry collections can be found at:

One Night in the Hill Country

(Available as an eBook from Amazon)

At thirty thousand words this is a short story just a tad short of novella length, but one that punches well above it weight, holding its own against the depth and intricacy of longer works. It tackles the controversial issue of child trafficking and abuse as the vessel for the main story, namely that of the misguided but presumably well-meaning efforts of a brother and sister, Rolf and Tara, in using illegal immigrant children they have abducted in order to lure the same sort of men who once hurt they themselves in order to exact some sort of revenge. There are subtle references as to what may have happened to Rolf and Tara in the past and led them to the circumstances of the story, but the author deliberately doesn’t go into detail here, instead leaving it to the reader’s imagination. As in all good thrillers though, things don’t go to plan, cue the arrival of former policewoman, Samantha, along with four young children in her care as they happen to stop by where Rolf and Tara are holding several other children. What follows is a desperate struggle for survival by children and adults alike whilst the outside authorities also seek to discover the truth of what’s happened.

The writing is crisp and to the point, avoiding unnecessary description and elaboration, employing an economy of words much in the style of the likes of Hemmingway. Just as the story is divided into nearly eighty short chapters, so too are the sentences and paragraphs short and sharp, giving the feeling of a fast paced thriller, constantly driving the story forward; likewise with the dialogue, crisp and sharp, and well interspaced into the narrative.

This isn’t a book with the same depth and characterisation of say a John Grisham or Jon Kellerman thriller, but at thirty thousand words it isn’t intended to be. What it is though is a fast paced story, with enough length and substance to it to still engage the reader throughout. Anyone who enjoys the short story genre might well enjoy this novella too; although longer than the traditional short story, the structure and style of writing makes it read as such, while still packing in way more content than the word count would suggest. It’s also worth noting that some of the characters also appear in other stories by the author thus providing a sense of familiarity and continuity should the reader read further stories in this genre by the same author. Overall, an engaging and enjoyable book easily read in one or at most, two sittings…

A few other works by the the author: click on thumbnails for further details... 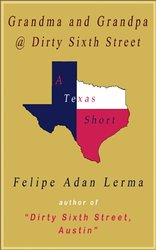 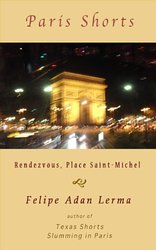