This is an author I first came across by way of reading his own excellent review of a book I had previously reviewed, ‘Johnny Nothing’ by Ian Probert. 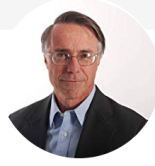 Andrew Updegrove is a prolific blogger, primarily writing about the self-publishing industry, marketing, and related topics, providing an excellent resource for any aspiring writer. As well as being a prolific blogger and writer, Andrew Updegrove has a successful background in law, business, and cybersecurity, making him eminently qualified to write this excellent book.’

Further links and contact details for Andrew Updegrove are: 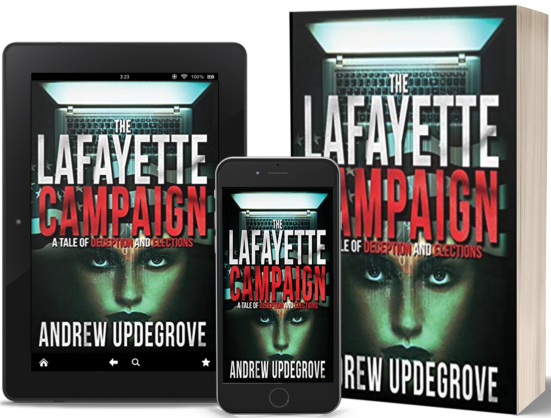 A TALE OF DECEPTION AND ELECTIONS

A brilliant and cleverly funny political satire, a sort ‘House of Cards,’ but better.

Having already read an enjoyed the first in Andrew Updegrove’s cybersecurity/thriller series, I thought I’d give this one a try. This time the story revolves around an upcoming US Presidential election, but one where all the poll predictions are completely at odds with what everyone expects, raising questions about who may be trying to manipulate and influence the outcome? Once again, the US authorities call on the geeky middle-aged, I.T. cybersecurity expert, Frank Adversego, to look into things. Amid his investigations, Frank is also working on the book he’s been contracted to write warning of the dangers around hacking, cybersecurity, and so.

As in Book One, this is a superbly written cybersecurity themed thriller, but again, riddled with lots of clever and subtle humour, like where the author refers to a security thug as being ‘evolutionally challenged,’ and when he laments about being glad he’s not writing a  political satire instead of a serious non-fiction book, the humour of which becomes even more apparent later on. In many ways, readers from any country will be able to identify with the part money and big business plays in politics all around the world, and not just the US.

Although this reads perfectly well as a stand-alone book, I was pleased to see some indirect references to Book One, The Alexandria Project, ironically the basis of the book the main character, Frank, is working on during the unfolding story here, and the inclusion of some of the characters from the first book, ie, his daughter, Marla, and boss, George Marchand. Again though, there are plenty of new characters to further engage the reader’s interest.

Not only is this well-written book, but also a well-researched one too. It does, however, convey a lot of US political workings and cyber-tech explanation though that some readers might get a tad lost in if they don’t already have some interest in them. As a UK reader, I must admit had I read this book when it first came out back in 2015, I might well have got a bit lost in some of the American election procedures and terminology, and quite frankly, found it a little too fantastical and far-fetched. Since then of course, there’s been the improbable election of Donald Trump and all that’s followed to take care of the ‘far-fetched,’ aspect. Also, with all the media coverage that event attracted worldwide combined with innumerable hours of Youtube American news footage of the 2016 US Presidential election, most people now have a better understanding of US electoral workings, so again, this really has become a book that is not only more ‘understandable’ to non-US readers, but a highly topical one too.

Another super cybersecurity offering; a satire for sure, but given what’s happened in US politics since its publication, really not so far off the mark … loved it!

Click HERE to read my review of Book One in the series, The Alexandria Project 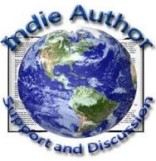 Available from Amazon in eBook format, and from several other outlets in both eBook and print formats … See the author’s blog for details.

For links to all five books to date in the author’s cybersecurity/thriller series, please see HERE for Andrew Updegrove’s US Amazon author page

This is an author I came across by way of reading his own excellent review of a book I had previously reviewed, ‘Johnny Nothing’ by Ian Probert.

Further links and contact details for Andrew Updegrove are:

The Alexandria Project, by Andrew Updegrove 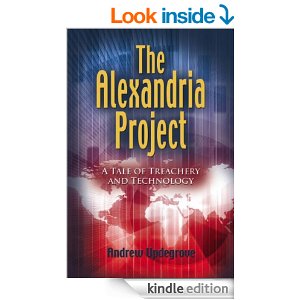 Tom Sharpe meets Michael Crichton… What we have here is a real rollercoaster of a thriller, combining homegrown and international cyber terrorism, the threat of nuclear war and destruction, and not to mention, some of the funniest and satirical writing it’s been my pleasure to read in a very long time.

It begins with an excellent prologue, detailing the cyber theft of national security files from a highly secure Govt. Dept. thus providing the reader with an early glimpse of the wider picture. What follows is the gripping story of an emerging threat to national and international cybersecurity, and the frantic efforts of both the CIA, the FBI, and one man, in particular, Frank Adversego Jr, a brilliant IT security expert and innovator, to track down and counter the threat and to avert catastrophic consequences that no one could have imagined at the start, culminating in a genuinely nail-biting finish.

Interspaced amid the storyline are some fascinating insights into the world of I.T and the net, written in such a way as to be informative and entertaining, yet never requiring the reader to have anything but the most basic understanding of the net to follow and enjoy the story. There are some truly funny and yet very pertinent accounts of the original dot com bubble, venture capital, and the sheer absurdity and madness of the early days of the net and the overnight millionaires it created; mentions of Netscape et al give the explanations real credibility. The author uses these examples to lampoon much of the internet, using such phrases as “spear phishing venture capitalists,” and gives an account of “virtual kittens” that really has to be read to enjoy its sheer absurdity. There are many other examples too of the author’s humour, such as when the principal character, Frank, describes one of his neighbours as looking like the North Korean president… but with hair curlers. One of the funniest satirical examples is when the cybersecurity breaches are said to be undermining the very foundations of culture and society, namely when the computer systems of American Idol, the Home shopping channel, and Disney World are compromised. Running alongside the cyber investigations, across the ocean, events are rapidly unfolding to instigate a violent change of leadership in North Korea whilst dragging America into a war of literal self-destruction.

There are some very clever twists too, mainly concerning a number of the characters who turn out to be not quite they seem; even Lily, the overweight corgi that Frank has to look after, plays its part in the grand scheme of things!

With just the right balance of dialogue, action, flashback, and explanation, the author develops both the storyline and the characters with equal interest and believability: Frank Adversego, the middle-aged I.T expert, whose geeky talents and early promise somehow never reached their full potential, his daughter, the confident and self-assured Marla, loyal to her dad, but despairing of his faults at times, and his Boss, George Marchand, equally despairing of Frank’s failure at times to live up to his potential, yet ultimately confident in his ability to  do his job, and of course the mysterious retired FBI agent and the enigmatic, wait for it… Yoda!

A funny, satirical, pacey thriller combining the murky world of the cyber-terrorist with that of the political machinations of high office, tyrannical military dictatorships, and the threat of nuclear war. A cracking good read that will have you laughing and biting your nails in anticipation in equal measure.

Available from Amazon in eBook format, and from several other outlets in both eBook and print formats.. See the author’s blog for details.